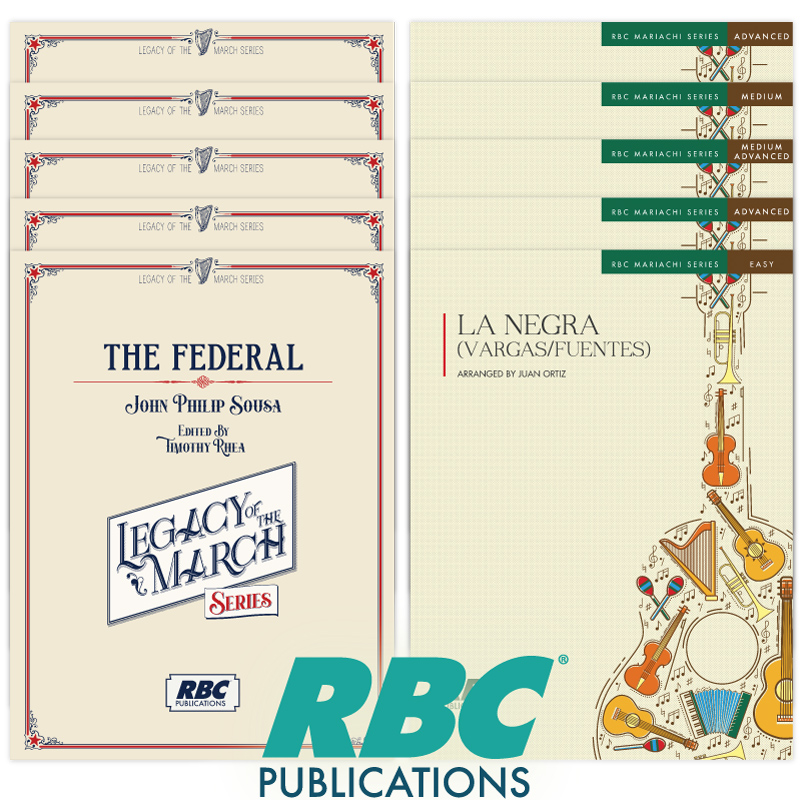 The Legacy of the March Series features timeless marches meticulously edited by Timothy Rhea.  For the first time, the 36 marches in the release include resources like professional recordings by Texas A&M University’s Wind Symphony, ScoreVideos and preview scores available to peruse on the publisher’s website.  Newly re-engraved and with new covers, the Legacy of the March Series includes works by legendary march writers like Sousa, Fillmore, King, Peters and more.  Editor of the series, Timothy Rhea is Director of Bands and Music Activities at Texas A&M University and has conducted its Wind Symphony for many prestigious concerts, including at Texas Music Educators Association, The Midwest Clinic, College Band Directors National Association, Carnegie Hall, European tours, and in multiple recordings.  A successful arranger and composer Timothy Rhea, has held leadership roles in The American Bandmasters Association, The John Philip Sousa Foundation, The National Band Association and more.

“Marches are an important part of the tradition and history of wind bands and offer a great musical experience for everyone,” explains Timothy Rhea.  “The Legacy of the March Series was started to preserve great older marches that lacked a quality set of performance parts or were no longer available.  I am excited about this re-release which not only offers an improved product but will spread the word throughout the band community that these marches are available.”

RBC Mariachi Series music ($19.99 each) and The Legacy of the March Series marches ($65, full set) are available from retailers throughout Texas, nationally and internationally as well as from the publisher’s website.

By Webmaster | July 20, 2022 | Comments Off on RBC Publications Re-Releases RBC Mariachi Series and The Legacy of the March Series at Summer Texas Music Shows